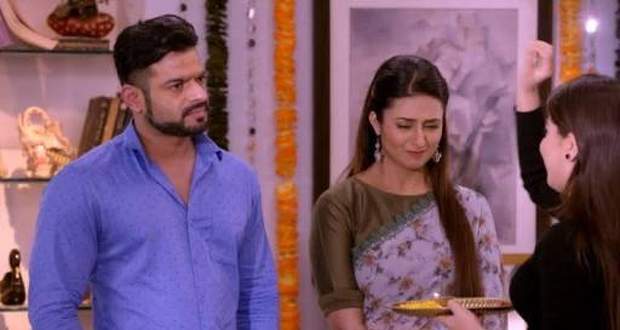 Today's YHM 10 May episode starts with Karan questioning Rohan about his whereabouts. Rohan tells everything about Ishita and the powder sample to Karan.

Raman tells Karan about Yug and Aaliya’s wedding. He states that it will take a lot of time to him to forget Aaliya.

Aaliya also feels bad for Rohan and shares her unhappiness with Yug. Rohan avoids telling anything to Karan as he doesn’t want to risk his life.

Raman calls Mani to meet him in a restaurant. He hands over the powder sample to Mani secretly. They enact to be normal later.

Bhalla family members celebrate Aaliya’s mehendi ceremony. Yug and Aaliya share a beautiful moment where they write each other’s names on each other’s hands with mehendi.

Sahil calls Ishita and calls her over. He blackmails Ishita to hand over the clinic keys to him. Ishita fears that Sahil will take the powder box along with him.

Raman takes Ishita on a drive. He says that we will trap Sahil by showing the CCTV clipping of the clinic to the cops.

Sahil decides to go to Ishita’s clinic to get the box.