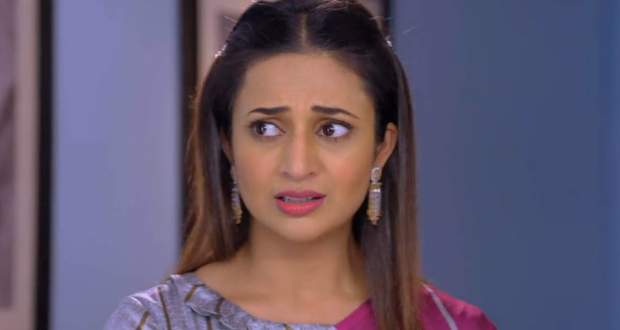 Sahil has kept Shaina hostage. Munna calls Sahil and asks to take him.

Alia and Ishita ask Mani to get some information from NGO but Mani says there is no information available.

Ishita gets hyper and says they have to save Shaina. Everybody console Ishita to have faith.

They find an envelope with Ishita’s and Raman’s name.

The letter reads for Ishita and Raman to take care of the child in the photo.

Ishita tells about the letter and photograph in the NGO.

The owner of the NGO says she knows the child. Raman tells her its Shaina and Sahil’s son.

Ishita explains Shaina’s situation to the owner of NGO.

Raman says to everyone to use child as bait to catch Sahil.

Sahil says to Shaina that nobody cares for her including Raman and Ishita.

Sahil calls Munna to ask about any news.

Sahil observes that Shaina gets worried upon hearing about the kid.

Sahils asks Munna to find the details of that child.

Ishita tells everyone that the child is safe with Shagun and Mani.

© Copyright tellybest.com, 2018 & 2019. All Rights Reserved. Unauthorized use and/or duplication of this material without written permission from tellybest.com is strictly prohibited.
Cached Saved on: Saturday 6th of June 2020 09:06:41 PM