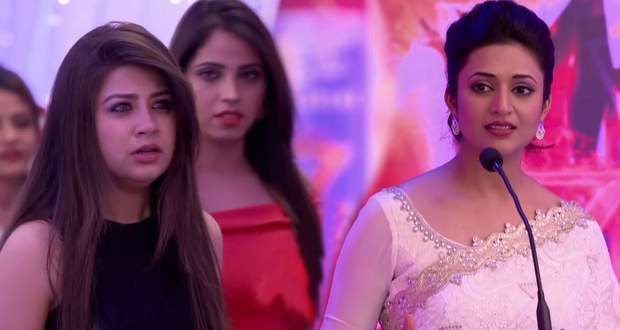 Today's YHM 6 May episode starts with Simmi telling Yug that Raman has called him. Raman asks Yug to repair the fan. Yug says he will try to repair it on his own.

Simmi questions Raman why he didn’t confront Yug. Raman says he has a different plan to bring Yug’s real intentions out.

Aaliya comes to Adi and says that she is ready for their outing. Yug says he is occupied at the moment and so cannot take her out.

Yug tells Aaliya about fixing the fan. Aaliya comes to Raman and tells him that Adi is tensed as he cannot fix the fan. Raman says it's fine.

Raman tells Simmi that Yug is innocent and he cannot harm Aaliya.

Rohan comes to a doctor to get the sample powder tested. The doctor warns him to throw the powder and not get involved in it.

Raman and Yug spend time fixing the fan. Aaliya brings Ishita to stop them. Ishita recalls how Adi and Raman challenged each other in the past.

Sahil tells Shamshad that he will trap Ishita in his deadly plan. Rohan decides to go to Bhalla house to tell Ishita about the powder.

© Copyright tellybest.com, 2018 & 2019. All Rights Reserved. Unauthorized use and/or duplication of this material without written permission from tellybest.com is strictly prohibited.
Cached Saved on: Saturday 30th of May 2020 06:09:59 AM