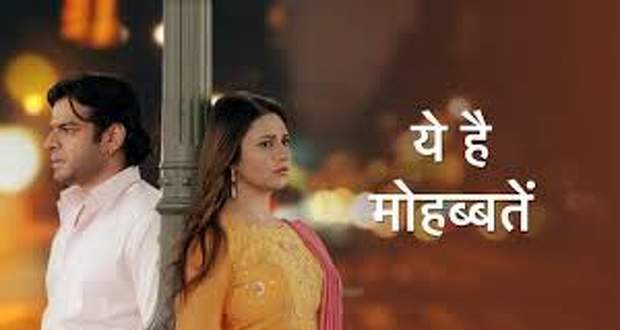 Today's YHM 8 Jul episode starts with Raman's voice echoing in Ishita's ears. She starts searching for him and Mani saves her from getting injured.

Investors agree to invest in Raman's dream project, and this become possible only due to Mr. Arijit.

Everyone is happy that the project will start soon. Ishita sends a voice message to Raman regarding the project.

Arijit thinks to carry on with his plan and win Ishita's trust to destroy Bhalla's family. Ishita introduces Arijit to the employees.

Ruhi breaks down after seeing that how Ishits tells everyone that Raman will come back. Karan consoles her and asks her to let Ishita in that way.

Later on, Yug promises to Ruhi that he will take care of her just like Adi.

Ishita invites Arijit at Bhalla's home (tellybest.com). Karan suspects Arijit that why he wears gloves that too in hot weather.

Shagun suggests Mani take Ishita to some psychiatrist because she cannot live in an illusion that Raman is alive and all family members are suffering due to that.

But Mani refuses to do the same.  Yug and Karan have some conflict related to project investment.