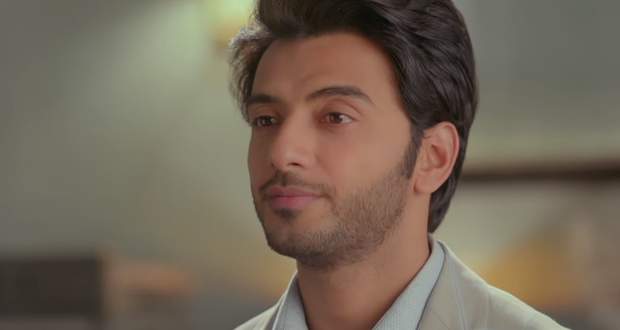 Today's Yeh Jaadu Hai Jinn Ka 24 Mar episode starts with Aman accompanying Roshni while she changes clothes. Roshni thinks Aman is doing it on purpose to stay close to her.

Aman tries to explain why Roshni would gain weight but Roshni feels bad as he calls her fat. Roshni and Aman are called for the party and Roshni leaves the room.

She is about to step on the car on the stairs when Aman saves her. Meanwhile, Farah, Imran, and Chhotu enter the cave and find a bridge leading to the door.

The fairy asks Chhotu to follow her while Imran and Farah continue to argue. However, Chhotu lands in trouble as the bridge breaks and scatter into many rocks.

Aman asks Khanna to reach to Tabeezi’s house while he himself goes to the farmhouse with Roshni. Elsewhere, Imran and Farah try to save Chhotu but ask him to open the door on his own instead.

They encourage him and Chhotu gets the encouragement to move on. Later, Aman brings Roshni in the farmhouse while Roshni enquires about their arrival.

Aman asks Tabeezi to what she was doing before to save Roshni. He further finds Roshni missing and starts searching for her. He checks all the rooms but is unable to find her.

Upcoming Yeh Jaadu Hai Jinn Ka episode update: Roshni asks how much time she has left and asks Aman to not feel guilty is she dies.