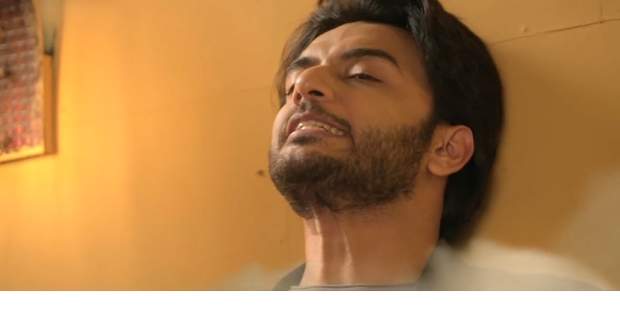 Today's Yeh Jaadu Hai Jinn Ka 7 Aug episode starts with Roshni getting a pregnancy test done at home. She gets happy about seeing positive results and rushes to tell Aman about the same. Roshni is shocked as she sees Aman being pushed to the wall by some magic, while Rehan faces the same problem.

Aman asks Roshni to call Tabeezi, but she doesn’t pick her call. All of a sudden Tabeezi reaches there and asks Roshni to throw water at Aman which helps him get free.

Meanwhile, Shayari comes to khans place and is stunned to see such a big house. She falls in the swimming pool by mistake and coincidentally helps Rehan to get free by throwing water on him.

Rehan removes his shirt and Shayari is surprised to see his muscular body. Shayari gets out of the pool while Roshni comes there and asks Shayari to change her wet clothes in her room.

She asks him if he is been attacked by someone or not, whereas he asks her about the attacker. She asks him to go to Taabizi along with her to know more about this attack.

Elsewhere, Taabizi tells them that Jinn Shikari was the one who attacked them. She tells Aman that Roshni saved him again, whereas he tells her that Roshni no longer has any powers.

Roshni gets emotional as she can’t tell Aman about her pregnancy. She promised to give away her first child to Jinn to save Aman’s life. Roshni gets pain in her leg, therefore Aman cancels her appointment with the doctor.

Meanwhile, Rehan gets mad on Shayari as she tries to mess his work with her stupidity.