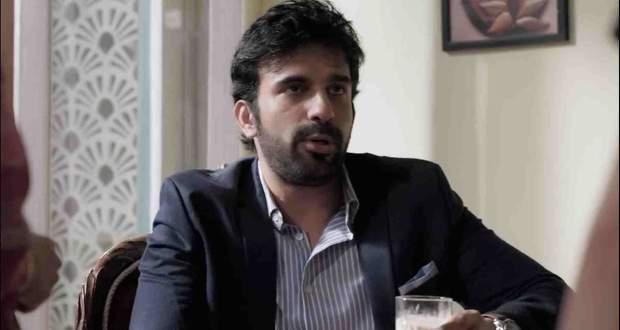 Sudha, on the other hand, refuses to visit the doctor for a health checkup when Armaan suggests it.

Sudha advises that if Armaan truly cares for her, he should not reject to marry Palki.

Afterward, Janvi notices Nimi's voice in the salon and inquires about it with Palki.

Nimi is talking to Bhavana about Armaan and Palki's marriage, which Diya and her sister notice.

When Nimi asks Bhavana to show other alliances for Armaan instead of Palki, Bhavana expresses her belief that Armaan only likes Palki.

Bhavana promises to pay Nimi a hefty commission if she manages to convince Mathur’s.

Meanwhile, on their way home, Nimi stops Diya and Janvi and asks Diya to convince Palki.

Diya later claims she won't force Palki into a relationship because she can sense her feelings.

Nimi, on the other hand, is causing problems for both Diya's parents. Later, Palki arrives and announces her desire to marry Armaan.

Meanwhile, Palki has a disagreement with her parents after they point out Armaan's defects and refuse to agree to Palki's demand.

Palki uses Sudha's phone to call Nimi and tell her that she is ready to see Armaan.

Armaan also asks Sudha and Krish where he has been lacking in effort and care since his father's death. While Bhavana calls Sudha and inform that Palki has agreed.

Sudha later had an emotional conversation with Bhavana in front of Armaan. When Armaan recalls his father's death in the past, he begins to cry and blames himself.

Later, Armaan agrees to meet Palki, saying that if things go well then only he will marry Palki.

Further, Palki confronts Diya that she has agreed in order to take revenge on Armaan for hurting Diya.

Diya, on the other hand, is taken aback hearing Palki.