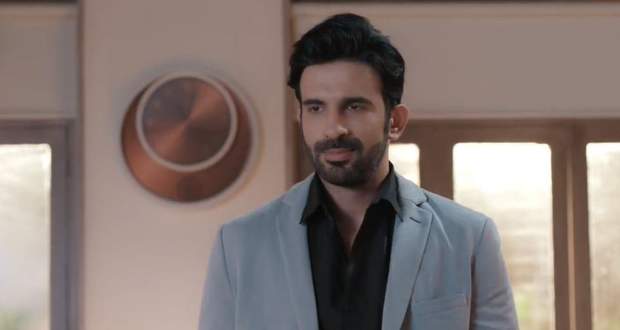 Meanwhile, Bhawna watches Armaan and plans on telling Sudha everything.

As soon as Sudha arrives Bhavna blabbers about Armaan writing a love letter to Diya while the bangles that Sudha got for her would-be daughter-in-law slip out of her hand.

Later, the Rastogis arrive at the Mathur's while Armaan looks for Diya.

As Armaan reaches out to Diya, Diya slips into Armaan's arms.

Meanwhile, Armaan thinks of giving his love letter to Diya while Bhavna arrives at the spot and hints Diya to stay away from Armaan.

Later, Palki arrives and the family is excited to surprise her by turning off the lights.

Meanwhile, Armaan thinks of sneaking his letter to Diya but fails to do so as she gets busy giving Palki a surprise.

After some time, Armaan tries again and tells Chintu to give his letter to Diya while Bhavna and Sudha watch from a distance.

Chintu gets successful to give Armaan's letter to Diya but Diya keeps it on the table due to some distraction.

Meanwhile, Armaan and Krish attempt to take the letter back but fail to do so as Jayroop arrives.

Later, Bhavna runs to sneak the letter into her purse and exchanges Armaan's letter with a different one.

Anjali notices the envelope in Bhavna's hand and now two letters are placed in Palki's gifts which will lead to confusion.

Meanwhile, at the party, Armaan asks Diya to dance but Diya denies it and walks away.

Later, Diya finds the letter and is shocked after reading it as it was the letter written by Bhavna in vulgar language.

Diya tears the letter away while Armaan's heart aches like the bits of the torn paper from the letter.