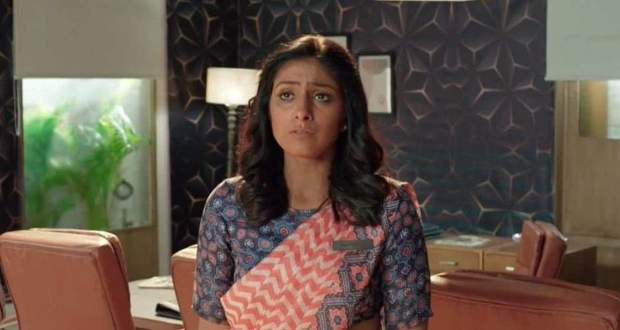 The letter was written by Bhavna, but Diya assumes that it is written by the lustrous guy with the wrong intentions who lives nearby.

Diya slaps this lustrous guy and teaches him a lesson while Armaan comes to the rescue.

The guy who tried to see Diya with wrong intentions blames Armaan for calling him an opportunist.

Diya fights with Armaan and tells him to leave as she can handle things herself.

Irritated by Diya's attitude Armaan leaves while Diya runs into her room in shatters.

Sudha watches Diya as she cries and decides to leave as Armaan is nowhere to be found either.

Diya mourns her lost love as now Armaan will be married to her sister Palki.

Meanwhile, Armaan reminisces his memories with Diya and sweeps his table in anger, and breaks down the furniture.

As Armaan breaks the glass, Sudha gets in the way and gets hurt.

Armaan hugs his mother while Sudha shows concern for her son Armaan and hugs him back.

Later, Armaan confesses his pain to Sudha and says he feels lost and helpless.

Meanwhile, Sudha suggests Armaan should marry Palki and she will bring happiness to his life.

Sudha gifts Palki the bangles and congratulate her as Armaan has said yes to the Mathurs proposal.

Diya's heart aches while Armaan carries the tears of his heartbreak in his eyes.