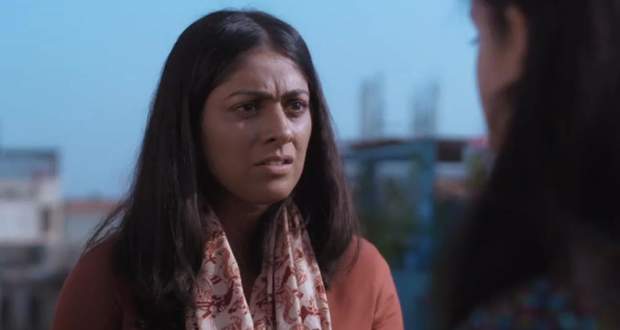 Today's Yeh Jhuki Jhuki Si Nazar 17th March 2022 episode starts with Diya getting protective of her sister Palki and suggests she should stop thinking about her revenge from Armaan.

Diya says she understands Palki's concerns but should be aware of the consequences she might face in her way.

Meanwhile, Palki stands firm on her decision and disagrees to change it for anyone.

Later, Palki and Armaan go out on a date. Palki faces a wardrobe malfunction and asks for Armaan's help.

Meanwhile, Diya arrives at the restaurant and starts to blabber on Armaan relentlessly as she sees Armaan placing his hand on Palki's shoulder.

On hearing the false accusations on him, Armaan suggests Diya get over herself as the world does not revolve around her.

Later, at Diya's place, Palki suggests Diya not to interfere in her personal matter and let her make her own decisions.

Meanwhile, at Armaan's house, Bhavna and her husband are invited for dinner.

The beautiful family dinner turns into a blame game as Bhavna's husband taunts her for spending most of her time at her mother’s house.

Later, Armaan arrives back from her date and seems frustrated.

Meanwhile, Bhavna's husband suggests Bhavna to stop interfering in her brother's matter as he is going to get an average-looking girl after his divorce.

Bhavna feels challenged and assures her husband that she will bring the most beautiful girl for her brother Armaan.

Later, Bhavna executes her plan by only inviting Palki and her parents for the dinner at their place and excludes Diya in the invitation.