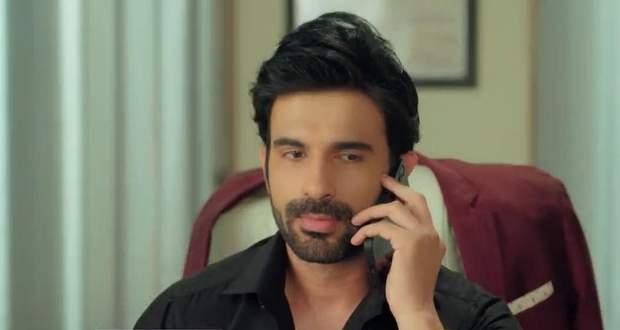 Diya overhears their conversation but enters the room pretending like nothing is wrong.

Later when Diya arrives at Rastogi’s household, she is welcomed by Madhu’s harsh words.

Hearing this Diya gets upset and snaps at Madhu for bringing her mom and dad into the argument.

She also says that if Madhu’s and Bhavna’s living in their maternal home is not wrong then why they are furious at her.

Hearing this Madhu gets even angrier and she gets into a verbal fight with Diya.

During the fight, Diya says that her father is very ill and as a daughter she has responsibilities.

Meanwhile, Arman arrives home and asks Diya why she is crying.

When Diya reveals Brij’s health and poor financial condition, Arman offers to pay for their expenses.

Diya refuses the offer by claiming that her parents are very proud people so they will never take Arman’s help. She also confesses that now she regrets her quitting.

Arman consoles her and tells her that everything will be alright.

In the morning, Diya calls Zara and asks for a recommendation letter but Zara refuses by saying that she needs to ask Jaggi and Kajal to take their complaint back.

Bhavna overhears Diya’s conversation and approaches her. She tells Diya that she is still friends with Kajal. Further, she also adds that she can arrange a meeting with Kajal.

However, Diya refuses at first but after remembering Brij’s health agrees.

Bhavna then calls Kajal to ask her if she is willing to meet Diya. Thinking about her revenge, Kajal agrees.

Later when she meets Diya and Bhavna, she only greets Bhavna and ignores Diya.

Kajal then taunts Diya by saying unlike her she still has a job.

Diya gets angry but controls herself and starts apologizing.

In the end, Kajal asks Diya to kneel in front of her and beg for forgiveness.

© Copyright tellybest.com, 2020, 2021. All Rights Reserved. Unauthorized use and/or duplication of any material from tellybest.com without written permission is strictly prohibited.
Cached Saved on: Sunday 2nd of October 2022 05:13:07 AM