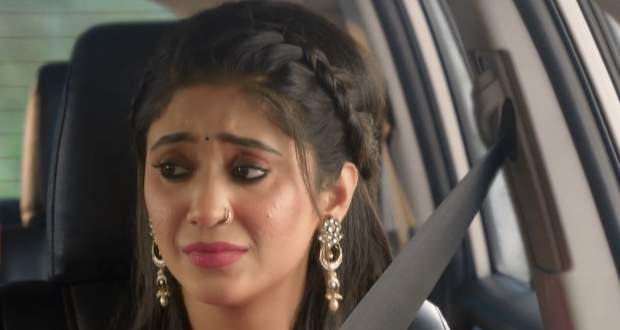 Today's Yeh Rishta Kya Kehlata Hai (YRKKH) 10 May 2021 episode starts with Ranvir asking Sirat whether she will stay with him or go along with Kartik which leaves Sirat confused.

Later, Kartik warns Sirat and Ranvir that their life is in danger and instructs them both to come along with him.

Meanwhile, Ranvir asks Kartik to stop the car and says to him that he alone will go and face his father as this time he is clear with his intention.

Kartik advices Ranvir that he is angry at the moment and the decision he might take will land him in some big issue.

At the hotel, Ranvir feels jealous as Kairav invites him for all the wedding functions.

On the other hand, Sirat gets heartbroken as Kalavati confesses to her about not letting her know that Ranvir came to meet her before the engagement.

Further, Kartik introduces Ranvir to all and tells them that he is going to stay with them as his guest until their next step.