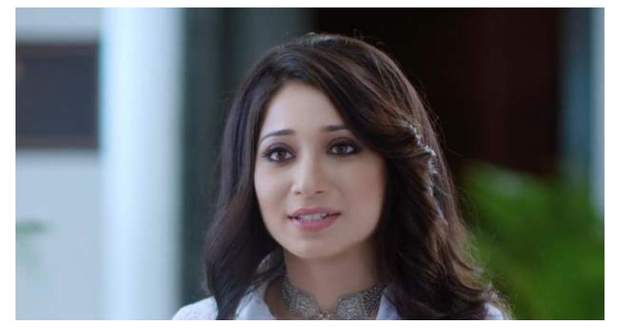 Today's Yeh Rishta Kya Kehlata Hai 11 December 2020 episode starts with Naira getting a call from Naksh asking her about their situation.

Kartik, Kairav and Riddhima reach the restaurant and Riddhima feels happy when the receptionist calls her Mrs. Goenka.

Meanwhile, Suhasini gets angry at Suwarna for not keeping an eye on Akhand Diyaa.

Suhasini feels dizzy and Suwarna reveals to everyone that she has kept Nirjal fasting.

Naksh makes her drink juice and takes a promise from her to take care of her health.

At the restaurant, Riddhima admires Naksh and Kairav's interaction while Naira is tidying Kartik's home.

Riddhima goes to attend a call when some guys abuse her and Kartik saves her.

Elsewhere, Luv-Kush tries to get Vansh to tell the truth by telling their story.

Vansh tells Luv to call Kairav and that he wants to tell the truth to everyone.

Riddhima takes a selfie of her, Kairav and Kartik and they return home.

Kartik and Naira are eating ice cream at the stairs while Riddhima sees them.

She imagines herself at Naira's place which makes her feel sad.

In the morning, Kartik and Naira are making breakfast while Luv-Kush video calls them and apologizes to them.

Kartik-Naira's have a friendly talk with them and they cut the call.

Upcoming YRKKH episode update: Kairav to be called a cheater by other kids.

© Copyright tellybest.com, 2020, 2021. All Rights Reserved. Unauthorized use and/or duplication of any material from tellybest.com without written permission is strictly prohibited.
Cached Saved on: Friday 22nd of January 2021 07:26:47 PMCached Disp on: Tuesday 26th of January 2021 01:17:06 PM