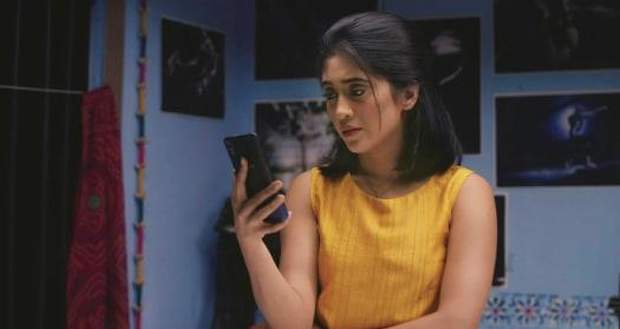 Sirat says now she understands why Kartik and Kairav misunderstood her to be Naira; she is very much sorry for such behaviour with them.

Maudi asks Sirat from where did she get this picture and she replies that Rohan sent it to her from the internet.

Maudi says now she realises why Kartik hugged her on Ghoomar night and destiny is also playing with Kartik and Kairav. Sirat cries and asks Maudi if she has a twin, Maudi says no.

Kartik throws away the angel's bracelet of Sirat. He gets a call from Manish asking where he is and comes home soon.

Kartik thinks that he will spend the rest of his life with his children and in the memory of Naira. He doesn't want to recall anything that happened at Jaisalmer and decides to move on.

Kartik reaches home and decides that he will bring happiness to Kairav’s life while he is afraid of Suhasini.

Suhasini asks Kartik from where did he get that wound, to which Kartik says he is fine.

Suhasini inquires if that girl matters Naira Kartik stays Naira is matchless and requests everyone not to mention about that girl.

Manish announces that no one from Goenka’s house will go to Jaisalmer again. Kairav becomes happy to see Kartik.

Sirat cries and tells Rohan that she will go to Udaipur and will not feel good until she apologizes to Kartik and Kairav.

Kartik tries to make Kairav understand that that girl and her mother look alike. Rhea overhears Kartik and thinks that why Kartik is not telling anyone in the house that the girl resembles Naira.