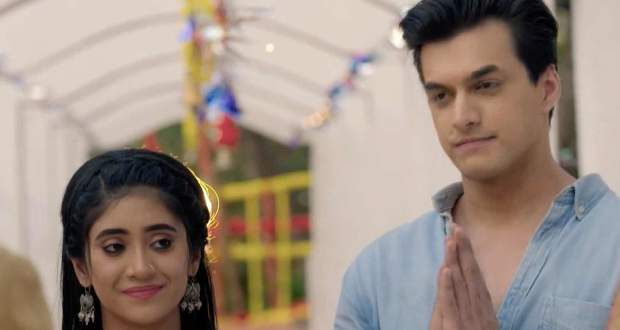 She tells Kartik that they were going to get married but he didn't arrive on the wedding day.

Kartik comforts Sirat as her past touches him emotionally and tells her that she needs to get strong for her better future.

Meanwhile, Sheela tells Riya about Sirat and Ranvir's love story and how Sirat was left dejected which makes Riya shocked.

Further, Sirat and Kartik also help the groom to reach till temple to get married. Kartik asks the groom to reveal his marriage to their parents soon.

The bride thanks Ranvir for his help but Ranvir feels sad as he says to himself that despite of him helping many brides and grooms to get married he can never overcome that he left Sirat.

Further, Kartik tells Sirat that they both should accept their past and work together for their future.

© Copyright tellybest.com, 2020, 2021. All Rights Reserved. Unauthorized use and/or duplication of any material from tellybest.com without written permission is strictly prohibited.
Cached Saved on: Wednesday 28th of April 2021 10:55:27 PMCached Disp on: Thursday 6th of May 2021 07:06:43 AM