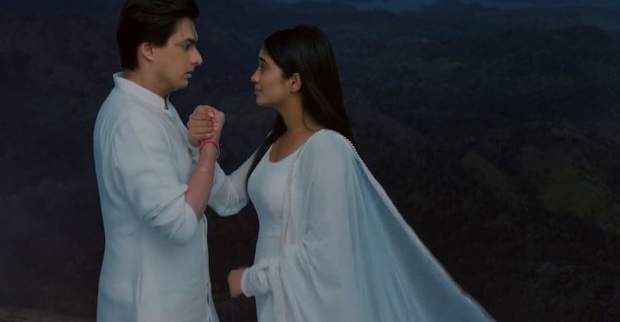 Today's Yeh Rishta Kya Kehlata Hai (YRKKH) 13 January 2021 episode starts with Kartik being adamant at Naira and asking Naira to take him along with her.

Meanwhile, Naira makes him remember about Kairav and Akshara and she says that Naira will always remain in Kartik's memories.

Naira also makes him understand how she felt while she was at the edge of death.

On the other hand, Kartik asks her to let him die as they couldn't live together.

Later, Naira and Kartik recall their memories and those wishes which they dreamt about.

Naira further asks him to move on with his life and take care of their children.

In the meantime, Naira shows Kartik about the condition of Goenkas who are desperately in need of Kartik.

Kartik sees that Kairav is in grief and asking Swarna that he also wants to be with Naira.

However, Kartik realizes and accepts reality while Naira asks him to bid goodbye to her. Later, Kartik emotionally bids her goodbye.