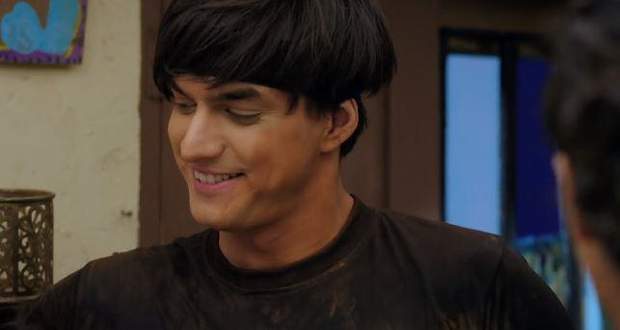 Today's Yeh Rishta Kya Kehlata Hai (YRKKH) 13 March 2021 episode starts with Kartik hitting Mukesh and getting free from his grasp. He further kicks him and wins the match. Everyone gets happy including Manish and Suvarna.

Kartik falls unconscious and everyone rushes to see him. Sirat puts water on him and he wakes up while Manish also gets relieved.

Manish wants Kartik to go see a good doctor while Surekha asks Ria to inform the same. Ria instigates Manish against Sirat and wants him to forgive Kartik.

Manish wants Kartik to return as soon as he is well. Meanwhile, Kartik is treated by the doctor and he gets scared of the injection.

He holds Sirat’s hand tightly while getting the injection. Later, Sirat is thankful for Kartik’s presence in his life and writes Thank You on the mud.

Goenkas are eating food at Sirat’s house when Sirat informs them about Mahashivratri celebrations. She says that’s the same temple where Kartik hugged her.

Kartik remembers his times with Naira and gets upset. Kartik further refuses to return to Goenka house till Kairav accepts the truth.

Sirat proposes an idea to make Kairav believe the truth. She wants her and Rohan to dance as Shiv Parvati.

© Copyright tellybest.com, 2020, 2021. All Rights Reserved. Unauthorized use and/or duplication of any material from tellybest.com without written permission is strictly prohibited.
Cached Saved on: Thursday 29th of July 2021 02:14:08 AM