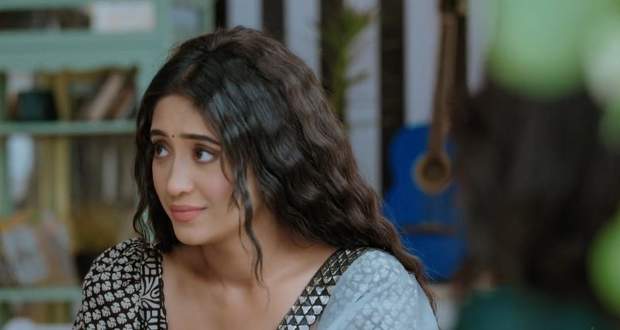 Kairav reveals to him that he misses Naira and remembered her when he was playing football.

Elsewhere, Naira tells Riddhima to try the new perfume she bought and tells her to try while she goes to the kitchen.

Riddhima stands at the window and Kartik coming there and being romantic with her thinking that she is Naira.

Naira comes there and makes fun of him for it.

Kartik takes Naira to his flat and surprises her with decorations and gifts.

Kartik tells her about his conversation with Kairav in the morning and Naira feels ecstatic hearing the news.

Kartik and Naira go to Riddhima and ask her if they should let Kairav meet Naira but Riddhima tells them that they are hurrying the process.

Naira says that they are going to do it anyway and tells her to join in their plan but she declines.

Naira tells Kartik to ask Kairav if he misses Akshara and begins their plan.