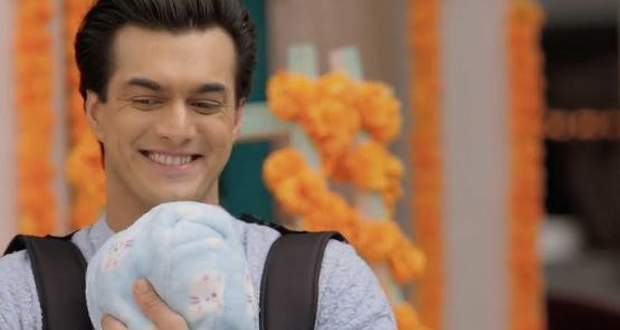 Today's Yeh Rishta Kya Kehlata Hai (YRKKH) 14 January 2021 episode starts with Naira caressing Kartik while she asks him to say goodbye to her with a smile.

Later, Naira leaves and Kartik returns home and in the meantime, the Goenkas are tensed about Kartik. As soon as they see Kartik arrive home safely, they feel at ease.

Further, Kartik secures all the belongings of Naira in a trunk and recalls her words.

A few months later, Kartik and Goenkas are happily celebrating the festival and are flying kites.

Meanwhile, Kartik finds Kairav to be missing and searches for him in the house. Later, He finds Kairav sneezing near his room while Kartik makes Kairav wear a sweater and takes him to fly the kites.

Later, Kairav feels sad about Naira while Vansh consoles him. In the meantime, Keerti arrives at the Goenakas home and she is sad about Naksh that he is unable to move out of Naira's loss.

At the same time, Gayu spills the Kachori while frying them and she starts apologizing to Naira. Keerti consoles her as she was shattered after Naira's death because she didn't find a chance to apologize to Naira.

On the other hand, Kartik guides Kairav on flying the kite while Vansh and Krishna encourage Kairav. Later, Kairav's Kite misses the control and Kartik helps him and gets emotional.