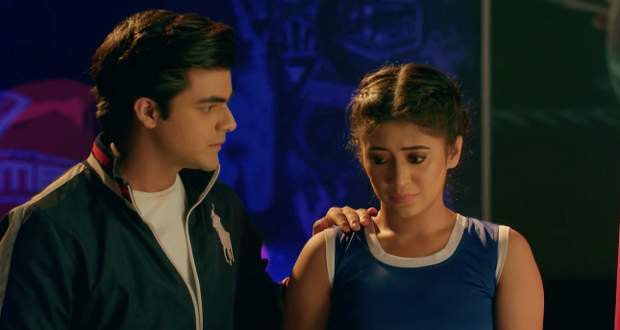 Today's Yeh Rishta Kya Kehlata Hai (YRKKH) 15 February 2021 episode starts with Kartik missing Naira and not being able to give her place to anyone. He wants Kairav to remember only Naira and not Sirat.

Sirat complained to Maudi about her mother. Sirat is adamant to be a famous boxer while Maudi reminds her of her birthday.

Naira remembers her mother’s betrayal on the same day. Meanwhile, Kartik wants to celebrate his and Naira’s wedding anniversary.

The family members think Kartik’s idea is crazy while Kartik wants to keep Naira alive in their memories.

Riya is with Kartik while the other family members also offer to help. Elsewhere, Sirat wants to go away from Udaipur and Kairav’s life.

Manish is confused about his decision and seeks help from Suhasini. Later, Kartik and Sirat celebrate their anniversary and birthday respectively.

Kairav receives a card from Kartik and learns they are celebrating his parent’s anniversary. Kairav thinks Sirat will also come for the celebration.

Sirat reaches Udaipur Royal Club and decides to focus on her boxing. Meanwhile, Kartik prepares for the celebration while Kairav thinks his mother will come.

The family gets shocked when they see Kairav has made a handkerchief with a boxing gloves sign. They have further organized the party in Udaipur Royal Club.

Suhasini wishes to meet Sirat while Sirat is all set for her boxing match. Sirat enters the boxing ring and remembers about her mother.

She further thinks about Kairav and Kartik. She thinks that she has a connection with Kairav.

© Copyright tellybest.com, 2020, 2021. All Rights Reserved. Unauthorized use and/or duplication of any material from tellybest.com without written permission is strictly prohibited.
Cached Saved on: Monday 10th of May 2021 04:59:23 AM