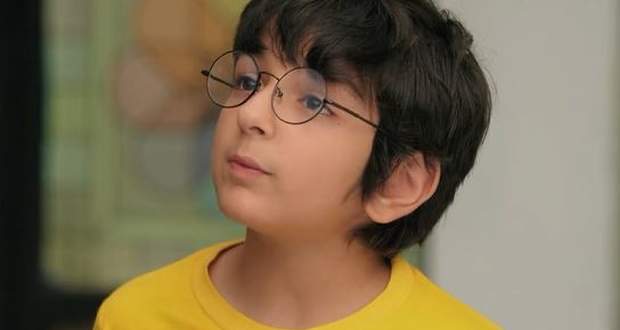 Meanwhile, Kartik tries to save the kite while his finger gets cut by the thread and the kite falls off. Later, Kartik rushes out to catch Kairav's kite.

Further, Kartik catches the kite and comes home while Kairav treats Kartik's finger. In the meantime, Kairav hopes that Naira has read his message on the kite.

Later, Kairav asks Kartik if he can go to the park to play but Kartik refuses Kairav and says to play nearby. On the other hand, Manish listens to their conversation and feels sad about their misery.

On the next day morning, Kairav makes a drawing of Naira and shows it to Akshara. He further talks about Naira with her.

Elsewhere, Naksh is still sobbing about Naira's loss and asks Keerti to leave him alone. Meanwhile, Swarna feels sad about Kartik who is making breakfast for Kairav every day.

Further, Manish notices that Kairav loves boxing and he wants to be a boxer and he approaches Kartik to permit Kairav to the sport.

In the meantime, Kartik feels unusable about not making Kairav and Akshara happy on behalf of Naira. He says to Manish that Kairav always misses Naira even if Kartik tries to give everything to him.