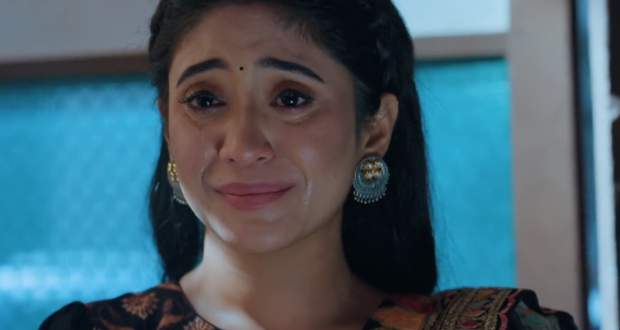 Kairav gets scared to see the police with Naira while Naira also sees the police and gets shattered.

Kairav runs away without meeting Naira and makes Kartik hold Akshara. Naira rushes to find Kairav while he is stuck in the danger room.

Kairav gets scared to see a burning wire and calls for his mother. Naira opens the danger room and stares at her son.

Riddhima wishes to talk to them while Kartik stops her and says that it is a mother-son matter. Naira enters the room and puts a wooden stick in the middle.

Naira says that she knows Kairav has not done anything and that she saw something else that day.

She says that she knows Kairav can never do anything wrong. Meanwhile, Kartik also prays to god to reunite mother and son.

Naira gives an option for Kairav to choose if he wants her to stay. Kairav is about to leave but gets scared and hugs his mother.

Naira and Kairav are reunited while Kartik also gets happy.