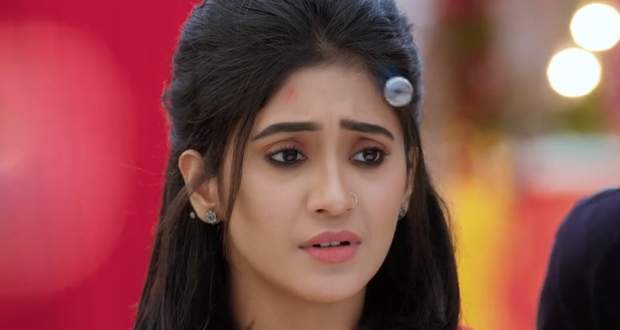 Kartik feels triggered by her and Kairav's behavior. He does not want to replace his Naira with a new stranger girl.

As Kartik drives to the anniversary celebration venue, Sirat wins her boxing match.

Rohan and Sirat also get to the same venue to celebrate. The pair is stunned to see a huge poster of Naira.

Rohan has made arrangements for Sirat. However, he didn't plan it as grand as Kartik's party.

Sirat is smitten by the arrangements. Later Gayu scolds Rhea for wearing a gown to the event.

Surekha comforts Rhea and asks her not to feel bad about it. Kairav asks Gayu if she arranged his dad's favorite colored gown for Naira.

Rohan and Sirat are even more shocked when they see the gown. Rohan knows he didn't make the arrangements but goes with the flow.

He says that the hotel arranged it for her since she won the match.

Sirat gets even happier when the dress fits her well. Kartik hopes that his son realizes that the Sirat is not his mother.

Kairav hopes to make Kartik believe that Sirat is his mother.