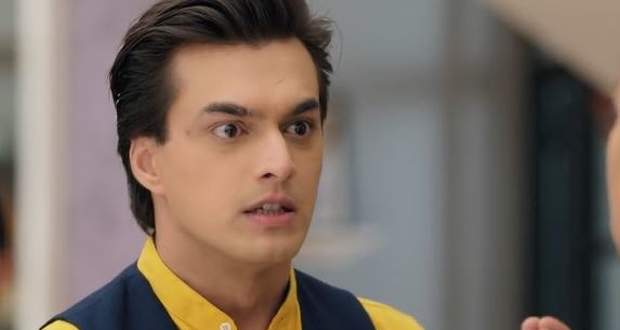 Elsewhere, the Goenkas are worried about Kartik while Surekha suggests them to remarry Kartik and at the same time, Manish receives a call from Kairav's school that Kartik has punched the coach.

In the meantime, Kartik takes Kairav to Goenkas mansion and Manish asks him why is he being over possessive at Kairav. Manish expresses his displeasure at Kartik that he is disregarding his personal life.

Later, Manish decides to change Kartik's lifestyle while Kairav listens to their conversation. Meanwhile, Manish thinks to separate Kartik from Kairav for some time.

At the same time, Kartik arrives at their discussion and overreacts to Manish's decision while Kairav urges Kartik that he wants to go to a boarding school.

Upcoming YRKKH episode update: Kartik to take Kairav away from the Goenkas house.

© Copyright tellybest.com, 2020, 2021. All Rights Reserved. Unauthorized use and/or duplication of any material from tellybest.com without written permission is strictly prohibited.
Cached Saved on: Wednesday 3rd of March 2021 01:24:48 PMCached Disp on: Friday 5th of March 2021 10:25:09 PM