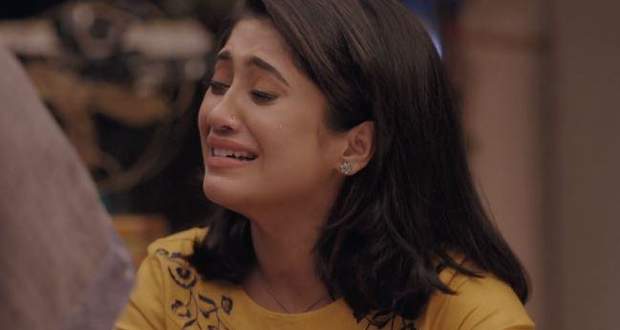 Today's Yeh Rishta Kya Kehlata Hai (YRKKH) 19 February 2021 episode starts with Suvarna and Surekha getting shocked to see Sirat. Suvarna thinks Naira might have lost her memory while Manish shouts at her.

Manish doesn’t want anyone to have the misconception that Naira is alive. Kartik also gets hyper and feels helpless.

Suhasini says she wanted to hug Sirat and wishes she was Naira. Meanwhile, Maudi wishes Sirat a happy birthday and also showers flowers on her.

Sirat starts crying and shares her pain. Meanwhile, Kartik takes Kairav inside while Gayu keeps protesting as she wants to wait for Naira.

She shares the whole story with Maudi and feels hurt by Kartik’s words. Maudi asks her to never meet Kartik and Kairav again.

Meanwhile, Kairav continues to cry while everyone consoles her. Later, Suhasini goes to Jaisalmer to meet Sirat.

Kartik tries to console Suhasini while she wants to try for the sake of Kairav. Elsewhere, Ila overhears Maudi talking to the doctor and decides to find out about her sickness.

She bumps into Suhasini and thinks it’s her client. However, Suhasini explains that she is there to meet Sirat.

Upcoming YRKKH episode update: Kairav falls unconscious while Suhasini asks Sirat to come along with her to Goenka's house.