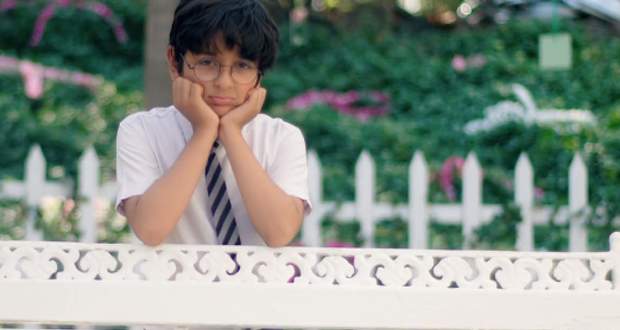 Today's Yeh Rishta Kya Kehlata Hai (YRKKH) 19 January 2021 episode starts with Kartik being forced to sign the admission papers. Kartik tries to console Kairav in coming back home with him.

Kairav refuses to return home with him and climbs up the stairs. He cries sitting on the stairs where Kartik can’t see him.

Kartik is sure Kairav will call him at night while Kairav misses his home in the hostel room. Kartik is staying near the hostel to meet Kairav if he needs him.

He sees Kairav in the window and calls him while Kairav goes back to his bed and cries. Kartik asks the watchman to let him go inside.

The watchman doesn’t allow him and offers to check on Kairav. Kairav acts of being asleep while Kartik knows he is doing the acting.

Kartik meets Kairav in the morning and confronts him about not falling asleep the whole night. Kairav makes him sit on the bench and tells him the story of birds.

He says they have to go separate ways to fly but they are still connected. Kartik is unable to stay without Kairav while Kairav says they are also living without Naira.

Kairav and Kartik call for Naira and feel her presence around. Kairav asks Kartik to let him stay there as nobody will make him miss Naira.

Kairav is unable to eat and feels lonely. He sits on a bench and falls asleep. He wakes up at night and misses his mother.

© Copyright tellybest.com, 2020, 2021. All Rights Reserved. Unauthorized use and/or duplication of any material from tellybest.com without written permission is strictly prohibited.
Cached Saved on: Tuesday 2nd of March 2021 03:28:18 PM