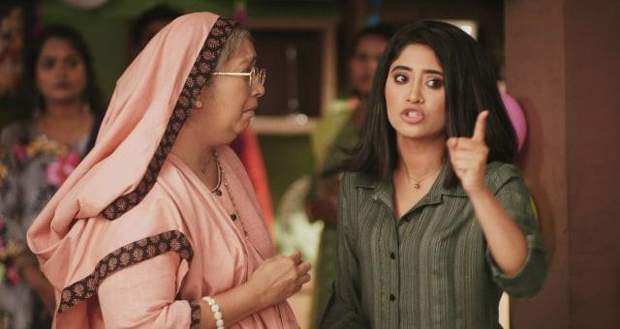 Kartik shows Sirat Karirav's letter in which he tells God not to take Sirat away from him.

Meanwhile, Riya threatens Sirat's mother and tells her to leave the house with Sirat.

Kartik tries convincing Sirat telling her that whatever he is doing is for Kairav's happiness but Sirat tells him that Kairav is a child and he is an adult he should take decisions wisely.

Kartik comes up with the solution of fake marriage and asks Sirat if she will accompany him in this. Sirat refuses Kartik's proposal.

Later, Sirat tells her mother that Kartik asked her for marriage but she refused his proposal. She tells her to pack the bags as they are leaving the house.

Sirat's mother talks to herself that she shall do something for Sirat's future.

Manish asks Kartik about his decision, Kartik replies to him that he will get married only for Kairav but right now he is not getting married to anyone. Suhasini gets doubtful about Kartik's words.

© Copyright tellybest.com, 2020, 2021. All Rights Reserved. Unauthorized use and/or duplication of any material from tellybest.com without written permission is strictly prohibited.
Cached Saved on: Wednesday 28th of April 2021 10:23:08 PMCached Disp on: Thursday 6th of May 2021 06:29:00 AM