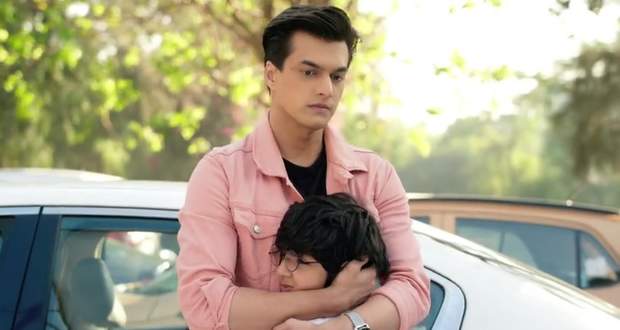 He says if they could not take care of the child, they shouldn't take responsibility for them.

School authorities tell Kartik to meet the lady once whom Kairav is considering his mom to which Kartik doesn't agree.
Sirat calls the school admin and shouts at them for not handling their students properly and spoiling her match.
Sirat is disappointed while her step-mother taunts her about getting married as her career is finished now.
Meanwhile, Kartik wants to return home but in vain while a lady meets him on the way and tells him that his destiny is taking him in another direction.
Sheila tells her mother, Maudi to send Sirat to Ghumer night while Sirat's grandmother doesn't expect her to go. But Sirat says that loss in a match doesn't mean that she has lost in her life.
She is determined to face her life with full confidence and she gets ready for the traditional event.