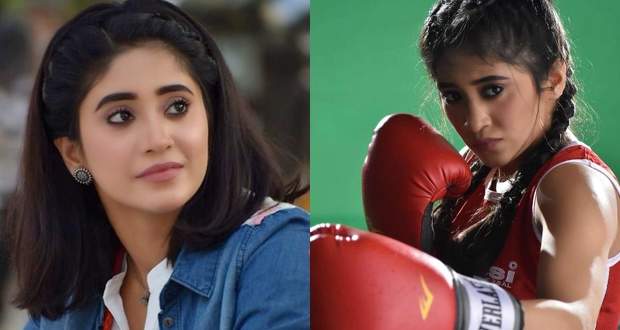 Sirat gets into a rage and argues with Manish.

Manish adds that Sirat is tried to benefit Naira’s face and went to Mr. Kapoor to acquire their property.

Sirat shows the paper to Manish and says she is not benefitting Naira’s face as the property belongs to Maudi and she has to eventually give her name.

Yet Manish continued to yell at Sirat.

Sirat learns the meaning of gold-digger and gets even more angry at Manish.

After a while, Sirat starts practicing boxing while Kartik interrupts and tries to console her.

Further, Kartik tells Sirat that she knows herself and not to worry about Manish words.

On the other hand, Riya decides to take her place in Kartik’s heart.

Surekha advises Riya to spend time with Kartik by discussing Naira’s design with him while Riya likes this idea.

There, Sirat recalls her talk with Manish and tells Maudi that she will fetch her home back at any cost.

Sirat adds she will arrange money by doing the robbery.