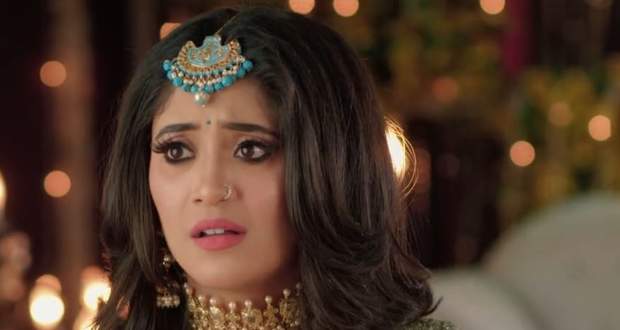 Today's Yeh Rishta Kya Kehlata Hai (YRKKH) 1 May 2021 episode starts with Ranvir telling Chandan that Kartik's engagement ring by mistakenly got dropped in his medicine bag and now he must return it back as it's his engagement day today.

Meanwhile, everyone gets busy searching for the ring.

Later, Ranvir meets Kartik and returns him his ring back. This makes Kartik happy and he insists Ranvir to stay for his engagement but he refuses.

Further, Ranvir sees Kalavati and follows her in Sirat's room there he finds a jersey having Sirat's name on it. He gets emotional and leaves the room.

Riya recognizes Ranvir and inflames him against Kartik saying that Sirat still loves him but unfortunately getting engaged to Kartik.

Ranvir loses his cool as Riya tells him about Sirat and Kartik.

Further, Sirat gets restless seeing the handwriting on the piece of paper as it reminds her of Ranvir.