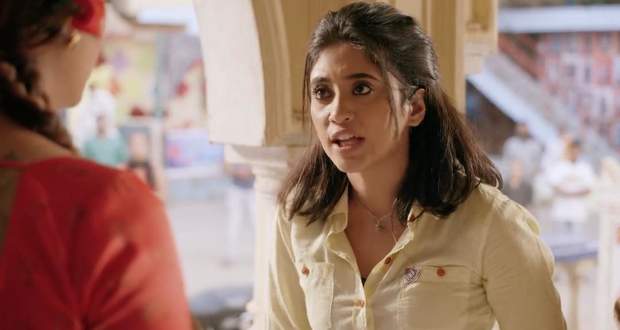 Today's Yeh Rishta Kya Kehlata Hai (YRKKH) 21 January 2021 episode starts with Sirat seeing Nanko come out of her room and runs to him.

She hands him of a hook and finds her money from his pocket and berates him.

Suddenly, Eela comes there fights with her while defending Nanko.

Nani comes there and stops their fight and takes Sirat inside.

Nani tells her to not fight her mother while Sirat angrily says that Eela is not her mother from the day she left her father for another man and has come back only because she need help.

Eela tells her that it would be better if she goes and goes to the ice cream parlour with Nanko and the man which hurts her feelings.

She looks for her pictures and goes to the hostel thinking that she must have dropped them there.

She meets her friend on the way who informs her that he has found a coach for her boxing.

Elsewhere, Kairav is telling Kartik about the same place and tells him that it is school trip but Kartik refuses to let him go to the field trip.

The watchman gives the pictures to Sirat and tells her to give almonds to Kairav as he saved the pictures and gave them to him. She gives him almond and tells them to give those to Kairav.

Later, Eela thinks that she has to get Sirat married soon so that she can stay there. She forms a plan and tells Nani to Mukesh as her son while Sirat comes home.

At the same time, Nanko falls and Eela blames Sirat for it and scolds her.

Sirat talks back to her and she tells her to remember that she is her real mother.

However, Sirat responds that she is not her mother since she left her and her father on her 8th birthday and recalls her childhood.

© Copyright tellybest.com, 2020, 2021. All Rights Reserved. Unauthorized use and/or duplication of any material from tellybest.com without written permission is strictly prohibited.
Cached Saved on: Saturday 20th of February 2021 02:01:23 AMCached Disp on: Monday 1st of March 2021 01:13:06 AM