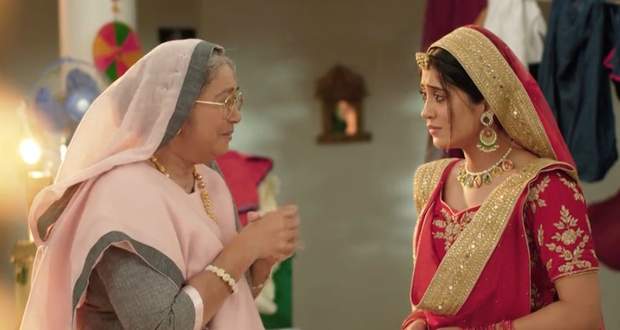 Today's Yeh Rishta Kya Kehlata Hai (YRKKH) 23 April 2021 episode starts with Kartik and Sirat arriving at the boutique which Suhasini had suggested to them for buying engagement clothes.

Meanwhile, Sirat gets emotional while trying to select a dress for her engagement.

She recalls her past memories while she was going to get married to Ranvir.

But, Kartik tries to cheer her up by saying that maybe things aren’t the same as we think so they should just let go of things this makes Sirat feel better.

She tells Swarna that she hasn’t informed Naksh anything about the engagement as he might get upset about knowing it.

Further, Naksh sees the engagement cards and gets furious, and shouts out Kartik’s name.

Everyone gets shocked except Riya as she gets happy to know that Naksh might help her indirectly to stop the marriage.

While singing a song Ranvir encounters Sirat and he gets shocked.