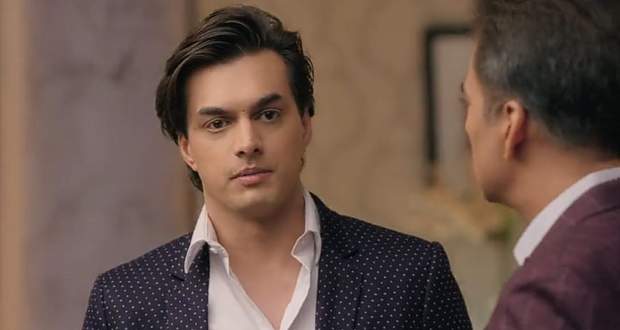 Today's Yeh Rishta Kya Kehlata Hai (YRKKH) 23 January 2021 episode starts with Kairav calling Kartik and telling him that he saw Naira without knowing that she is Sirat but she pushed him away and asks him if he is a bad boy.

Kartik rebukes the family for sending Kairav to a hostel and tells them that Kairav has started imagining his mother.

Elsewhere, Sirat and her friend manage to convince the coach to train her but he informs her that he has been transferred to Delhi Boxing Federation.

He suggests her to train from Mukesh who is actually Eela's husband until she doesn't reach the federation.

However, Sirat takes his blessing saying that they will meet each other again at the federation and leaves.

Sirat sees Nanko ruining her Jersey and scares him away while saying that she hates kids.

Later, her friend tells her that she should become like Eklavya to learn boxing while Sirat says that he just gave her an idea.

Meanwhile, Kartik reaches Kairav who tells him that he really saw Naira at the boxing ring the other day and on the trip today.

Kartik consoles him while thinking that Kairav is imagining his mother.

However, upon hearing his words, Kartik wonders what happened that Kairav is sure about seeing Naira.

Elsewhere, Sirat ties her phone to bamboo and tries to record a video of Mukesh teaching the girls but he sees the phone and throws it in the water.

Mukesh insults her and his father saying that she'll never become a boxer.

Her friend and Maudi take her inside the house while elsewhere, Kartik asks the school faculty that there be someone who has entered the school's boxing ring.

Later, Kartik hides in the school's boxing ring to find out who comes there when Sirat comes there but her face is hidden due to darkness.

© Copyright tellybest.com, 2020, 2021. All Rights Reserved. Unauthorized use and/or duplication of any material from tellybest.com without written permission is strictly prohibited.
Cached Saved on: Tuesday 2nd of March 2021 01:20:12 PM