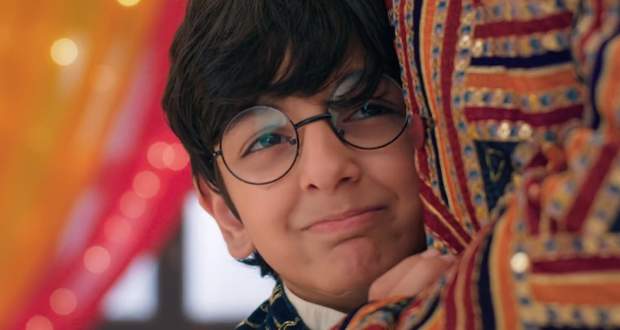 Today's Yeh Rishta Kya Kehlata Hai (YRKKH) 23 November 2020 episode starts with Gayu revealing that Vansh can’t walk ever again. She further accuses Kairav of all of it. Gayu further states that Naira has seen everything.

Kartik tries to save Kairav while Gayu wants to know why Vansh jumped. Kairav reveals the whole truth about the challenge and tries to prove his innocence.

Gayu gets hyper while everyone tries to console her. Gayu wants Kairav to get punished and accuses everyone to be partial towards him.

She wants Naira to call the police while Kairav gets scared. Kartik wants Gayu to concentrate on Vansh but Gayu wants them to do justice.

Kairav runs away from the house and Kartik and Naira follow him. Kartik saves Kairav but he again runs away as he fears Naira will get him arrested.

Kairav comes in front of the truck but is saved while Kartik learns Kairav is scared of Naira. He takes Kairav into a room and locks from inside.

Naira wishes to talk to Kairav but Kairav thinks she will send her to jail. He asks Kartik to not open the door and even states that he doesn’t like her.

Kartik tries to make him realize Naira loves him but he is not convinced. Kartik tells Naira that Kairav doesn’t want to talk to her and thinks she will send him to jail.

She wants Kairav to trust her and Kartik reminds her that she also misunderstood her mother in the same way. Kartik asks Naira to stay away from Kairav.

Upcoming YRKKH episode update: Vansh lies and states he fell down because of Kairav.

© Copyright tellybest.com, 2020, 2021. All Rights Reserved. Unauthorized use and/or duplication of any material from tellybest.com without written permission is strictly prohibited.
Cached Saved on: Sunday 17th of January 2021 06:10:59 AM