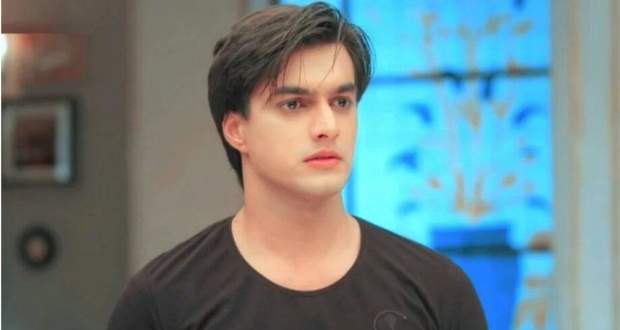 Meanwhile, Sirat's mother comes and Sirat thinks that she heard Kartik's and her conversation. But, Sirat's mother didn't hear anything. Sirat hides the truth from her mother.

All the family members are shocked to hear Manish's decision. Akhilesh then says that he will talk to Kartik about it.

Daadi thinks that she should tell Manish that Kairav wants Sirat to be his mother. But, she feels it's better to accept Manish's decision as he is Kartik's father.

Kartik consoles Sirat by saying that she shall remember only those things that help her to fight against injustice. He encourages Sirat to move on from the incident and get back her confidence and determination.

Akhilesh tells Kartik that he is going to arrange a dance competition for students, Kartik agrees to it.

Manish misunderstands Kartik's words while talking to Akhilesh. He thinks Kartik accepted the marriage proposal with Riya and tells everyone about it.

Sirat and her mother come to play Holi with Goenka's family. Manosh welcomes them happily.

Manish sits for a while and tells Kartik he is very happy today, Kartik asks him the reason.

© Copyright tellybest.com, 2020, 2021. All Rights Reserved. Unauthorized use and/or duplication of any material from tellybest.com without written permission is strictly prohibited.
Cached Saved on: Wednesday 22nd of September 2021 08:17:44 AM