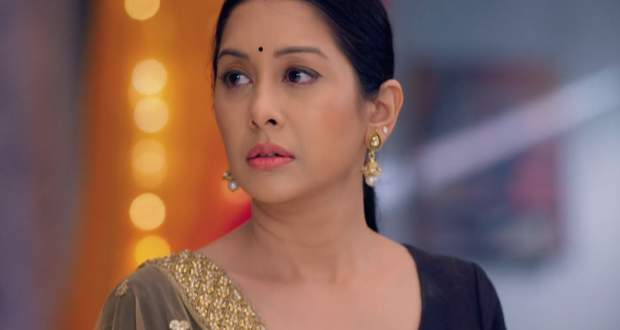 The doctor says any matter can wait while Kairav blabbers in his sleep that he didn’t do anything. Naira realizes Kairav hasn’t done anything but doesn’t know how to prove it.

Kartik blames Naira for Kairav’s condition and doesn’t want her to meet him. Suvarna asks Kartik to come fast as the doctor is calling them while Kartik doesn’t let Naira come along.

Bhabhi Maa gets worried about Gayu and Naira’s differences while Naksh consoles her. Meanwhile, Manish thinks that Naira is at fault.

Kartik finds a painting cut out of Naira under Kairav’s pillow. Further, Manish states they should concentrate on the mental states of kids rather than deciding on what’s right or wrong.

Naira makes muffins for kids and tries to talk to Gayu but Naksh arrives there. Naksh meets Gayu and assures her that they are with her.

Gayu gets upset as Naksh goes to meet Naira. Naksh tries to console Naira and wants her to have patience.

Naira reveals that Kairav is extremely mad at her. Naira blames herself for everything and thinks Kartik and Kairav are right.

Manish gives the files of Samarth’s projects while Gayu overhears this. She doesn’t listen to Manish’s explanation and misunderstands him.

Manish wants Samarth to prioritize his family rather than work. Kartik accepts the responsibility but wants it to be temporary.

Naira goes to meet Kairav but leaves when he wakes up. He witnesses Kairav getting scared and deciding never to talk to her. He sees the muffins and starts calling for Kartik.

Upcoming YRKKH episode update: Kartik decides to leave the house along with Naira and the kids.

© Copyright tellybest.com, 2020, 2021. All Rights Reserved. Unauthorized use and/or duplication of any material from tellybest.com without written permission is strictly prohibited.
Cached Saved on: Thursday 28th of January 2021 09:45:33 PM