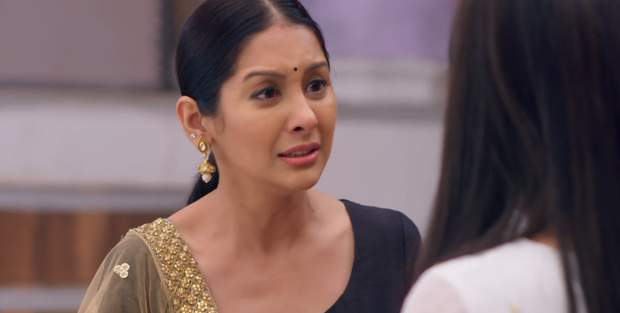 Today's Yeh Rishta Kya Kehlata Hai (YRKKH) 26 November 2020 episode starts with Naksh coming to meet Kartik. He asks him to not get mad at Naira as she is not entirely at fault. Kartik rebukes Naksh for taking Naira’s side.

Naira tries to console Gayu and wants her to realize that Kairav is not at fault. Gayu gets upset with her for being two-faced and taking Kairav’s side.

Gayu thinks the family has spoiled Kairav and he is doing whatever he pleases. Gayu thinks she will lose the battle but won’t give up.

Gayu comes outside in the hall and creates a scene in front of everyone. Naira explains that she misunderstood Kairav while Gayu thinks she is changing her statement.

She thinks that the Goenka family has never accepted Vansh as their own. She says that she tolerated the indifference with them but can’t accept for her kids.

She thinks Kartik also doesn’t love Vansh anymore after Kairav has arrived. Gayu accuses Naira of being partial to her son.

She states that Surekha will understand her pain as Naira sent Luv and Kush away from her. Surekha says that Naira has in fact separated her from her kids.

Gayu states that she is leaving the home with Vansh. She also states that Samarth will not say anything as he is also suffering from indifferent behavior.

She accuses that Manish he is partial to his son Kartik. Gayu says that Kairav and Akshara are given priority and that Suhasini also does partiality.

Manish is shocked to hear Gayu’s words while Gayu continues to accuse Manish.

Upcoming YRKKH episode update: Kartik decides to leave the house with Naira and the kids.

© Copyright tellybest.com, 2020, 2021. All Rights Reserved. Unauthorized use and/or duplication of any material from tellybest.com without written permission is strictly prohibited.
Cached Saved on: Tuesday 8th of June 2021 02:48:12 PMCached Disp on: Wednesday 16th of June 2021 06:59:51 AM