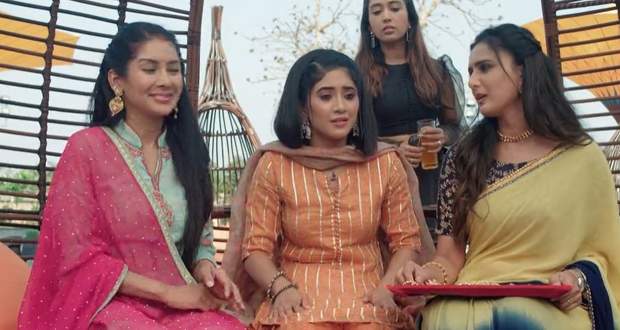 Kartik takes Ranvir along with him to his hotel room to do his first aid.

Meanwhile, Sirat gets confused choosing her engagement ring but Kairav helps her to find the right one.

Kairav meets Ranvir and helps Kartik in attending his wounds.

Kairav asks Kartik to check whether he liked the ring selected by Sirat.

Later, when Kartik packs medicines for Ranvir he mistakenly falls the ring along with the other medicines.

Further, Ranvir gets doubtful looking at the gloves but he gets a call and he leaves.

Meanwhile, Sirat acts romantic with Kartik as she sees Riya watching them both and getting jealous.

Swarna tells Kartik that Kirti and Naksh should spend more time with Sirat so that they come to know her friendly nature and they accept her wholeheartedly.

Upcoming YRKKH episode (tomorrow) update: Riya recognizes Ranvir when she sees him in the hotel.