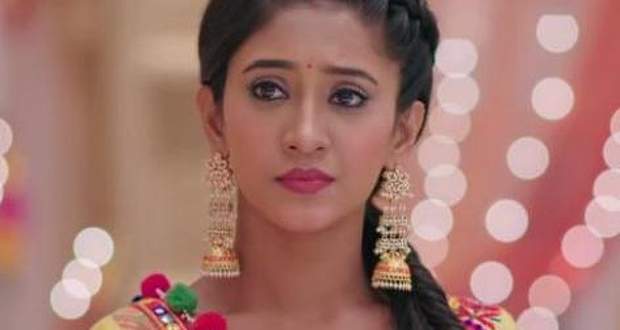 Everybody controls their laugh but Sirat tells them if they want to laugh, they can.

Later Sirat goes to Kartik’s room and apologies to him so Kartik tells her that he is not angry with her but with destiny.

Sirat tells Kartik that she will leave the house once the work is done so as not to worry about anything.

Ahead, Gayu comes to Sirat and addresses her as Naira.

Sirat tries to convince her that she is not Naira but Gayu takes her to the room filled with Naira’s memories.

Then Gayu tells Sirat about Naira and Kartik's love which makes Sirat emotional.

Later Sirat receives a call from Rohan and gets to know about the case progress.

Further, Sirat goes to fill water from the kitchen and runs into Riya.

Riya manipulates Sirat and tells her to make Kairav understand that she is not her mother.

Riya suggests Sirat an idea to take Kairav to the accident spot where Naira died.

Sirat thinks over Riya’s word while Rhea gets happy thinking her plan will work and Kartik will throw Sirat out.