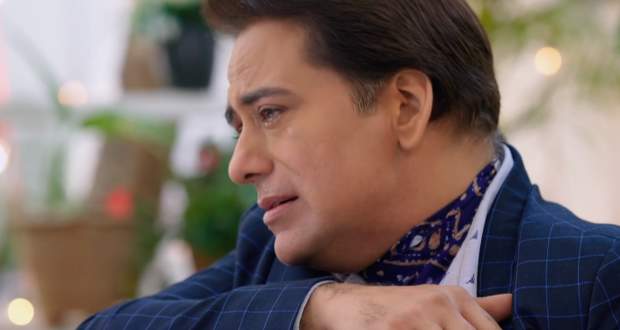 Today's Yeh Rishta Kya Kehlata Hai (YRKKH) 27 November 2020 episode starts with Gayu blaming Kartik and Naira for injustice. Surekha states that she gets the same feeling but was never able to share.

Manish is really hurt while Akhilesh consoles him. Gayu decides on leaving the house and is very disappointed that the family never accepted them as their own.

Kartik stops Gayu and states that he will leave the house along with his wife and kids. Gayu says Kartik doesn’t need to do the drama as they were going to Mumbai.

Suvarna is worried that Kartik won’t be able to handle the kids alone. Naksh tries to console Gayu but she doesn’t listen to anyone.

Suvarna tries to console Naira but she says she will go wherever Kartik goes. Kartik also sticks to his decision of moving out.

The family gets emotional and requests Gayu to change her decision but she doesn’t budge. Manish is shattered to see his family breaking.

Manish doesn’t want to stay away from Kartik as their relationship has already suffered a lot. He says that they have just started to stay together.

Kartik can’t find any other way as he can’t see anyone blaming Manish. Manish doesn’t care and doesn’t want Kartik to leave his father.

© Copyright tellybest.com, 2020, 2021. All Rights Reserved. Unauthorized use and/or duplication of any material from tellybest.com without written permission is strictly prohibited.
Cached Saved on: Sunday 17th of January 2021 06:16:07 AM