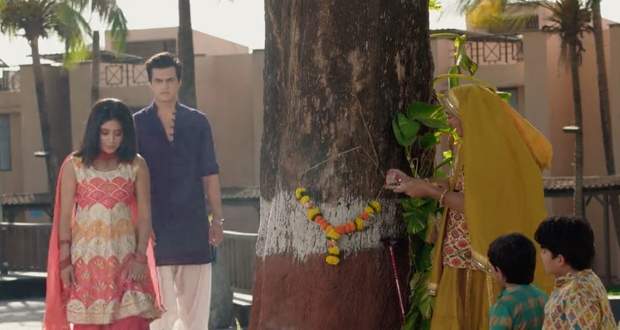 Further, Kartik and Sirat feel uneasy as their engagement day gets closer which makes both of them nervous.

Riya tells Manish that soon she will find the entire truth about Sirat's past but Manish tells her to stop everything as it's too late now to take any action.

Kairav gets confused as he thinks about what shall he gift Kartik and Sirat on their engagement.

Later, Kartik hallucinates Naira and feels guilty that he is betraying her for not keeping their promise.

He tells Kirti that they need to stop the engagement as he cannot hurt Naira.

Gayatri tells Naksh that his refusal to the engagement is making Kartik take a wrong decision and he should give Sirat a chance to take her place in everyone's heart.