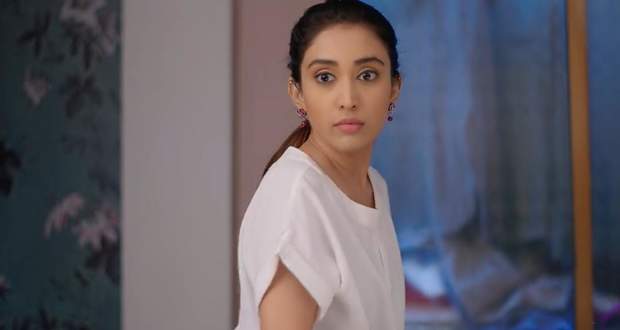 Today's Yeh Rishta Kya Kehlata Hai (YRKKH) 29 January 2021 episode starts with A lady telling Sirat to keep fighting and not give up.

The lady tells her that her life will change the next day as something unpredictable will happen that day.

Sirat tells her to not give false hope and request her to pray for her winning the state level boxing championship.

Next day, Sirat wakes up with a nightmare that she loses the championship.

Elsewhere, Kartik is on his way to Kairav's hostel while telling Manish on the call to take care of Akshara.

Sirat gets ready for the championship and calls Maudi. She sees that her shoes are torn but wears it anyway while Maudi comes there and gives her blessings.

The coach comes there and announces that they are going to the boxing championship and tells the students to get permission from their teaches.

Kairav asks his class teacher for permission but he denies while telling that his father is coming to see them.

Elsewhere, Riya calls Akshara irritating and reveals her to get married to Kartik while Suvarna comes there.

Riya gets tense but relaxes when finds out that she didn't hear anything.

The coach tells Kairav that his father wants to talk to him and Kartik scolds Kairav on the call.

Sirat gets into the ring for her round against one of Mukesh's students while Kairav makes an excuse of going to the bathroom.