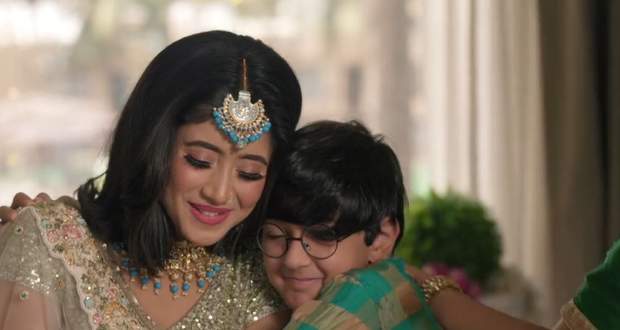 Today's Yeh Rishta Kya Kehlata Hai (YRKKH) 30 April 2021 episode starts with Kartik refusing to get engaged with Sirat as he thinks he is betraying Naira.

Swarna gets worried about Kartik's sudden strange behavior and requests Manish to talk to him.

Further, Naksh persuades Kartik to change his decision as he gets convinced when Gayatri explains to him to accept Sirat.

Chandan tells Kartik that whatever he will do he must be careful.

Later, during the engagement Kalavati handovers, Kartik's ring to Sirat.

But, when Kairav opens Sirat's ring box everyone gets shocked to see that there is no ring inside.

Ranvir finds the ring and he gets confused. Later he remembers that the ring belongs to Kartik's fiance so he decides to back to the hotel and return the ring.

Kirti suggests to everyone that they should check whether the ring has fallen below the chairs.

© Copyright tellybest.com, 2020, 2021. All Rights Reserved. Unauthorized use and/or duplication of any material from tellybest.com without written permission is strictly prohibited.
Cached Saved on: Friday 6th of August 2021 03:04:13 AM