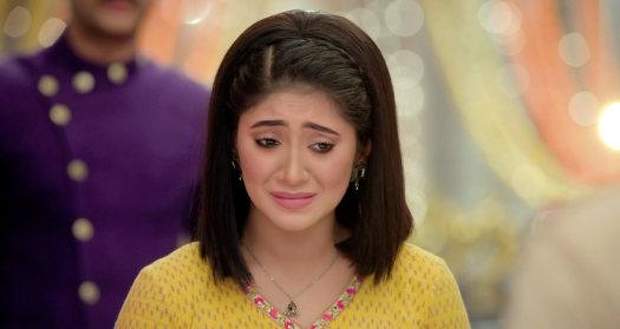 As the argument continues, Manish and Kartik get into a heated conversation.

Kartik gets shocked knowing that Manish is planning his marriage with Riya. The misunderstanding which Manish had about Akhilesh and Kartik's conversation gets cleared.

Manish asks Kartik what is he going to tell society when they ask him about Sirat and his relationship. Kartik tells him that then he will marry Sirat has she has saved his children many times.

When Kartik speaks about his marriage with Sirat, Sirat gets shocked and leaves the house crying.

Riya gets worried as Kartik says that he will marry Sirat.

Manish yells at Kartik and says he will never do that as it will be against his values, ethics, and principles.

Sirat tells her mother that her marriage decision will be completely hers and not anybody else.

Kartik gets furious about thinking how did he say that he will marry Sirat. It will be like he betrayed Naira for losing his promise.