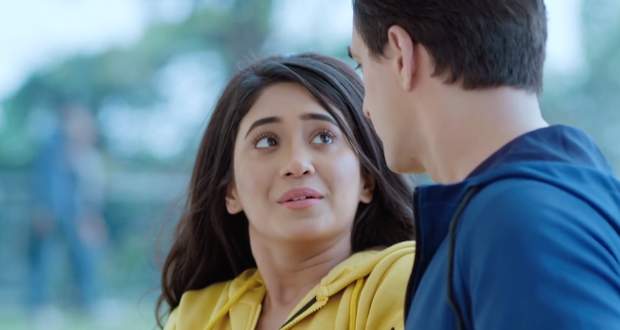 Today's Yeh Rishta Kya Kehlata Hai (YRKKH) 30 November 2020 episode starts with Naira and Kartik cycling on the roads of Mumbai. Naira saves a kid from getting hit by a car while Kartik calls her Sherni.

Naira gets upset to think about the failure she faced when it came to her child. Kartik consoles her and they both rush when the alarm goes off.

Naira and Kartik reach home and share a cute moment. The guard talks something about Lukka Chuppi while Kartik and Naira prepare for their morning tea.

Naira and Kartik share their morning tea with their housemaids. Naira makes Kachoris and sends it to Kartik via a basket.

Kartik makes smiley faces on the Kachori and Kairav hugs him from behind. He gets scared to see the Kachori as he remembers Naira.

He thinks Naira has come there while Kartik assures him that Naira didn’t come. Kairav and Kartik eat the Kachori while Kairav puts a smiley in the basket outside.

He thinks some Aai makes the Kachori who can’t speak. Naira is happy with the small secret interactions he can have with her son.

Riddhima wants Kartik to tell Naira about her while Kartik avoids the topic. Meanwhile, Naira is excited about Kartik and Kairav’s birthday.

Riddhima wants Kartik to tell Naira the truth as she might find out from anyone else.

Upcoming YRKKH episode update: Kartik receives a call from Riddhima when he is with Naira.