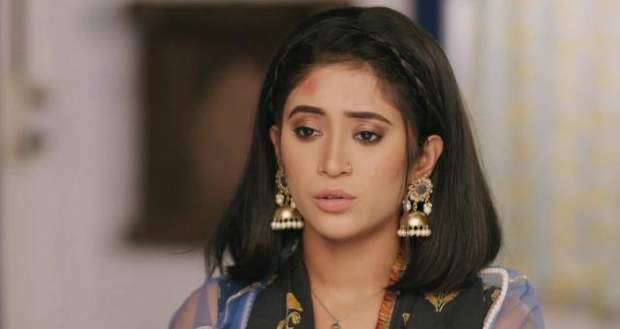 Today's Yeh Rishta Kya Kehlata Hai (YRKKH) 31 March 2021 episode starts with Kartik in grief as he said about his marriage with Sirat.

Sirat tells her mother angrily that Kartik said about her marriage with him in front of the entire family.

Further, Suhasini consoles Kartik by saying that he has said nothing wrong as Kairav too wants to see them both together. She tells Kartik to marry Sirat for the sake of Kairav's happiness.

Manish listens to the conversation and asks for an explanation from Suhasini. She tells him that she is not thinking about status and money but Kartik's and Kairav's happiness. Manish is shocked to know Suhasini's decision.

Meanwhile, Riya outburst her anger as Kartik said that he will not marry her.

Later, while going to talk to Sirat, Kartik gets a letter that Kairav wrote to God asking to make Sirat his mother.

Kartik goes to Sirat but she refuses to talk to him in anger. She ignores him and keeps her practice going.

Both have a stern fight between them and Sirat talks to him while punching Kartik in anger. Kartik tells Sirat that he doesn't want to marry her and he said it just a reaction to his father's opposition.

Sirat confronts Kartik and talks to him rudely.