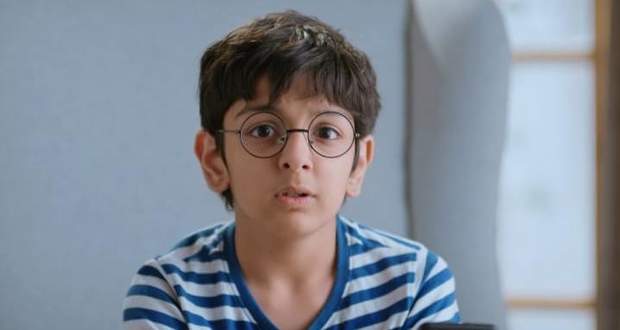 Today's Yeh Rishta Kya Kehlata Hai (YRKKH) 3 December 2020 episode starts with Kartik asking the Goenka's if he should wake Kairav up. Suhasini agrees with Kartik but Naira leaves saying she has left milk to boil.

Kairav gets happy talking with Goenka’s and Suhasini asks him to show Akshara.

Further, Suhasini tells Naira to celebrate Kartik and Kairav's birthday and give them gifts on their behalf.

She also asks Naira to share the pictures, while Gayu separates children and this makes Keerti question her.

Gayu says that Kairav is Vansh’s culprit and she can’t see him hurt again. Manish overhears Gayu’s talk and feels sad about her thinking regarding Kairav.

Kartik comes to Naira and informs her that Kairav is on a video call with Riddhima. They discuss if keeping a counsellor for Kairav is the right decision or not and they hug each other at last.

Suwarna questions Manish why he spends more time in office to which he replies that he doesn't feel like staying at home until his family is complete.

Afterwards, Naira and Kartik remember that it's Kairav's birthday and prepares a jelly cake for him.

Meanwhile, Riddhima asks Kairav what he likes about his birthday and he replies that he loves the jelly cake his mother makes for him.

Riddhima asks him if he misses Naira to which he says no. Later, Naira decides to enter Kairav’s birthday hiding from him while Kartik supports her in her plan.

Krish and Krishna tell Vansh that they will celebrate Kairav’s birthday with fun while Vansh remembers his lie about Kairav.

Upcoming YRKKH episode update: Naira to disguise herself as a clown.

© Copyright tellybest.com, 2020, 2021. All Rights Reserved. Unauthorized use and/or duplication of any material from tellybest.com without written permission is strictly prohibited.
Cached Saved on: Saturday 23rd of January 2021 05:27:07 PMCached Disp on: Monday 25th of January 2021 09:43:28 PM