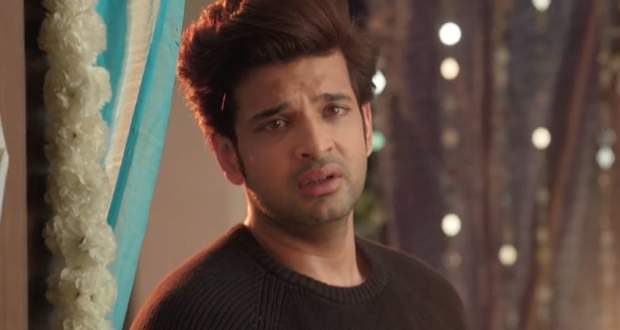 Today's Yeh Rishta Kya Kehlata Hai (YRKKH) 3 May 2021 episode starts with Riya telling Ranvir that Sirat still loves him and he should stop the engagement for the sake of his love.

By the time Ranvir reaches, Sirat and Kartik get engaged.

Ranvir gets heartbroken but as he sees Sirat's happiness he tries to stop himself and runs away before Sirat spots him.

Later, Kartik follows Ranvir as he thinks he might be in some trouble.

Further, Sirat sees Ranvir getting hit by a car and rushes to save him.

Kartik comes to know that Ranvir is Sirat's ex-boyfriend.

They both get Ranvir admitted to the hospital and Sirat signs the documents as his family member.

Later, Riya tries to inflame everyone against Sirat this makes Manish lose his cool and he starts arguing with Swarna.

Kalavati joins her hands and asks for forgiveness from Goenka's family.