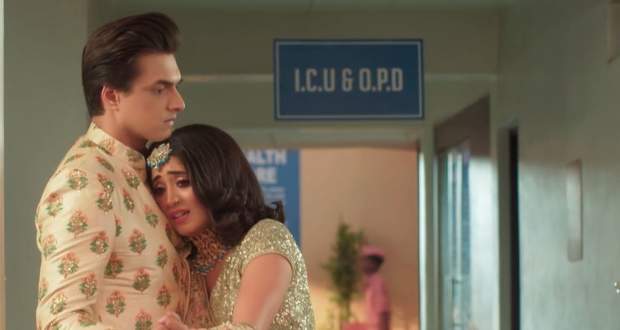 Today's Yeh Rishta Kya Kehlata Hai (YRKKH) 4 May 2021 episode starts with Sirat getting emotional as Ranvir gets operated but she tries to hide her feelings from Kartik.

Later, Riya gets into an argument with Kalavati and asks her to give everyone an explanation on behalf of Sirat.

Kalavati tells everyone about Sirat's past.

Further, doctor informs Kartik that he is out of danger this makes him relieved.

Sirat refuses to meet Ranvir and she leaves the hospital.

Meanwhile, Sirat comforts Kalavati and tells her to calm down as she is going nowhere.

Sirat gives a sharp reply to Riya as she accuses her of her relationship with Ranvir.

Further, the doctor informs Kartik that Ranvir needs to be operated on once again as there are some old bullet fragments in his body causing it to harm him in the future.

In between, Chandan comes and thanks Kartik for taking care of Ranvir.

Kartik tells Sirat that she should talk to Ranvir once and know the truth which makes Sirat curious but she refuses to do so.