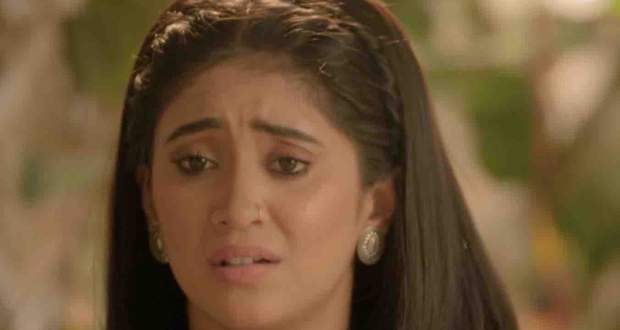 Manish says that he is against the decision but his blessings will always be with Kartik and his happiness.

Sirat gets worried as she thinks about her past. She tells Maudi that it’s Kartik’s right to know the truth. Maudi tells her not to bring her past into the present.

Sirat gets restless as she thinks Kartik should know her past.

Riya overhears Sirat and her Maudi's conversation and decides to know the truth Sirat is hiding and take advantage of it to break Sirat and Kartik’s marriage.

Further, Riya goes to Manish and tells him that Sirat is hiding some truth from Kartik. Manish asks Riya to find it so that they can stop the marriage.

Later, Sirat goes to meet Kartik to tell him the truth about her past but every time she goes someone interrupts in between.

At the office, Kartik and Manish get into an argument where indirectly Manish tells Kartik to verify everything before coming to a final decision.

Meanwhile, Suhasini invites Sirat for a pre-wedding ceremony where everyone gives gifts to Sirat. Maudi gives Kartik a hundred rupee note as a good omen.

Upcoming YRKKH episode (tomorrow) update: Sirat tells Kartik that she wants to talk to him while everyone is dancing around them.

© Copyright tellybest.com, 2020, 2021. All Rights Reserved. Unauthorized use and/or duplication of any material from tellybest.com without written permission is strictly prohibited.
Cached Saved on: Thursday 28th of July 2022 08:54:03 PMCached Disp on: Wednesday 17th of August 2022 04:08:36 PM